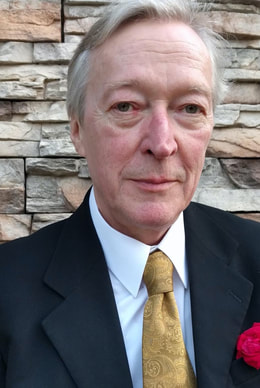 "HIDDEN TREASURES" - The Ecossaises of Beethoven, Weber, Chopin and more.
There will be a premier of eccosaises by Jamie Wilding written expressly for Philip and this presentation.

Join our Zoom meeting between 9:45 am and 12:30 pm
Click here
Meeting ID: 812-1362-8406
Passcode: 885139
If you have never joined a Zoom meeting, please download the installer ahead of time at: ​
http://www.zoom.us/support/download﻿
​
Philip Thomson was born in Saint John, New Brunswick, Canada. He began piano studies in his home town at the age of five with Carol O'Neil, who remained his teacher until he entered the University of Toronto as a student of Swiss pianist Pierre Souvairan. His graduate studies were at The Juilliard School with the renowned pianist Abbey Simon; there, he won the Juilliard School's Liszt concerto competition, and performed Liszt's Concerto #1 in E-flat in Alice Tully Hall. While still a student, he was already concertizing widely in Canada, and has played with all of Canada's major orchestras and in every important concert centre in the country. He has also performed in Hungary, Austria, England, Ireland, France, the U.S., the Netherlands, Belgium, France, and China. Since 2010, he has appeared as a soloist numerous times in China and in Korea, including in concerts in the prestigious Seoul Spring Festival.

Mr. Thomson came to world-wide attention when he recorded the world-premiere of the Maxwell edition of Liszt's “De Profundis” with the Hungarian State Orchestra, which was released on the Hungaroton label in 1990. Its universal critical praise secured for him the opportunity to perform in the subsequent year the Hungarian, Italian, American, and Canadian premieres of the work. “De Profundis” is a 40-minute tour de force for piano and orchestra, whose manuscript had lain in archives in Weimar for 160 years – astoundingly, without serious musicological study.

Philip Thomson was subsequently invited by Naxos Records to record many of Liszt's solo works. He released three CDs of Liszt, all of which received excellent reviews from the major musical journals throughout the world.

In the mid to late 1990s, Mr. Thomson became interested in the music of the Russian composer Felix Blumenfeld. In his time (1863-1931), Blumenfeld was renowned as a pianist, composer, teacher, and conductor. His piano students included Vladimir Horowitz, Simon Barere, and other titans of the age. For unknown reasons, his music fell out of the repertoire and out of print after his death. Mr. Thomson was able to obtain most of it from archives around the world, and recorded Blumenfeld's complete preludes and impromptus. Released in 2000 on the Ivory Classics label, it has garnered, as have Mr. Thomson's other recordings, wide critical acclaim.

Mr. Thomson enjoys good food, chess (he was the chess champion of the province of New Brunswick for a year), mathematical and logic puzzles, and good card tricks.  An avid and expert cruciverbalist, Mr. Thomson has had his work in this area published in the New York Times.

Philip Thomson is the Head of Piano Studies at The University of Akron, where he has taught since 1994.